ALS Patients who have not let three letters and their diagnosis define them and how they choose to live their lives and have spend their lives helping other ALS patients. 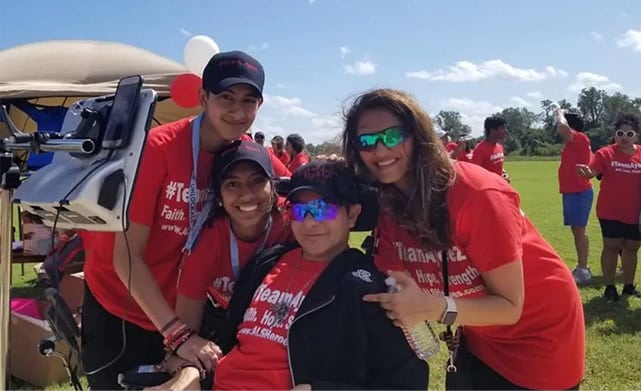 Our first hero and the inspiration for ALS Heroes is Dr. Ayeez Lalji. Father of two and a devoted husband, Dr. Lalji is a self-made entrepreneur and manages 9 dental practices throughout the Greater Houston Area. He was diagnosed with ALS in November of 2017 and since then, he has been a beacon of relentless strength, resilience, faith and positivity in the face of this unbearable hardship. He remains grateful for the functions he still has and continues to live life courageously every day. He is a true inspiration to everyone he touches. Every day we are in awe by his grace and raw tenacity and resolve, his ability to keep pushing forward, and his refusal to let this disease define who he is. Thank you @ayeezlalji for being an inspiration to the entire ALS community. 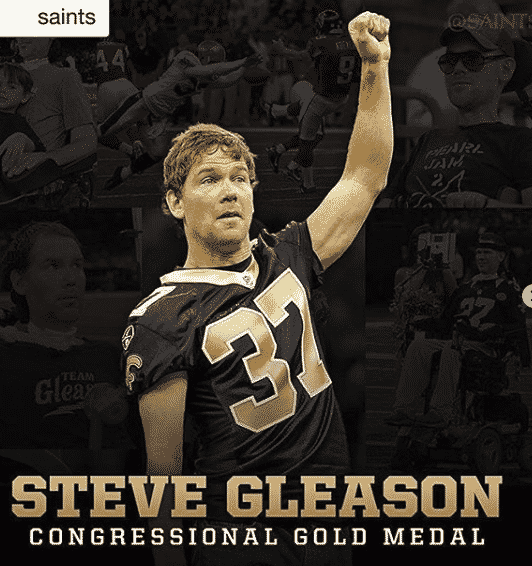 Our second hero is Steve Gleason. This year, Steve Gleason was given the Congressional Medal of Honor, the highest civilian honor awarded by congress, for his efforts with the Team Gleason foundation to develop and provide technology to help ALS patients live longer, more fulfilling lives. This made him the first NFL player to win Congressional Medal of Honor. Gleason is a former professional football player in the NFL who played safety for the New Orleans Saints until he retired in 2008. He became famous for blocking a punt in 2006 on the night the Superdome reopened after Hurricane Katrina. Even after he was diagnosed with ALS, Gleason still remains a huge part of the sports world, giving motivational speeches and posting inspiration on social media for aspiring athletes. He was diagnosed with ALS in 2011 and has since become a father of two, Rivers and Gray Gleason. He and his wife, Michelle, also initiated the Gleason act to provide funding for ALS patients to get the technological resources they need, which congress approved last year. In addition, a documentary, Gleason, was produced about him in honor of his newborn son, Rivers. Thank you @teamgleason for being an inspiration and giving hope to the entire ALS community! #nowhiteflags